With the success of the previous matchday still fresh in the team’s memory and promotion to the Verbandsliga now secure, the first team were able to play without pressure in the last matchday of the 2017/18 season.
The first opponents were Herrenberg II and it had not escaped the team’s notice that our opponents were somewhat strengthened since the first encounter in the away leg. At least some of this team have previously played in the Verbandsliga and were, perhaps, preparing themselves for a future encounter with PSV Reutlingen next season.
We were right to be wary; the first men’s doubles was a close battle with Max and Otto falling in three tight sets. Thankfully, the ladies doubles was a more straightforward affair with Verena and Nici surprising the guests in an overpowering first set before wrapping things up in a relatively close second. Dave and Stefan eventually overcame the second men’s doubles in two sets to give PSV Reutlingen the lead.
So, on to the singles. Verena continued her ruthless hatchet-job through the division, dispatching her very accomplished opponent in two comfortable sets. Tighter games await next season, to be sure. Max and Benni were also comfortable in their respective singles matches, both finding the right balance between aggression and safety to dominate their opponents and consequently secure the match. By contrast, Otto was made to work very hard in a marathon three-set encounter. Both players were pushed extremely hard with many brutal physical rallies. Otto snatched the final set in dramatic fashion, coming from behind and saving two match points along the way. Thankfully for the rest of the team, mouth-to-mouth resuscitation was not required; a hearty piece of cake proving sufficient recovery.
Dave and Nici had a tough encounter in the mixed against a very accomplished and experienced pair. After losing a very tight first set they could not, unfortunately, maintain this level and fell away in the second. However, many positives to take into next season and a good experience against tough opponents.
In the end, a fairly comfortable win but much to consider for 2018/19 when we may be facing some familiar faces across the Verbandsliga net.
The second game of the day was against old rivals Metzingen IV, who graciously congratulated the entire team on their promotion from the division at the outset of the match.
The match was played in good spirits, with the ladies doubles securing the first point in a comfortable couple of sets. Shortly thereafter, Otto and Max added another victory over the tricky first men’s doubles pair. The second men’s doubles was a lot closer, with Dave and Stefan unfortunately succumbing in three sets after the usually high-spirited fight.
The three men’s singles were all comfortable victories for PSV Reutlingen. Otto managed to find something in the tank to dominate the first singles, whilst Max played some very secure and precise badminton to nullify his awkward opponent. Benni was supremely assured in the third singles, only conceding 22 points over two very secure sets.
With fatigue setting in, Dave and Nici could not bring much pressure to bear in the mixed and were left behind in two comfortable sets for the Metzingen pair. With the hard work done and the exertions of the day taking their toll, Verena conceded her dead singles match to wrap up both the matchday and the season with a final victory for PSV Reutlingen.
In summary, an excellent season for the first team, 13 victories punctuated by a single away defeat. We look forward to a summer of rest, relaxation and training in anticipation of the challenges that await in 2018/19.
[db] 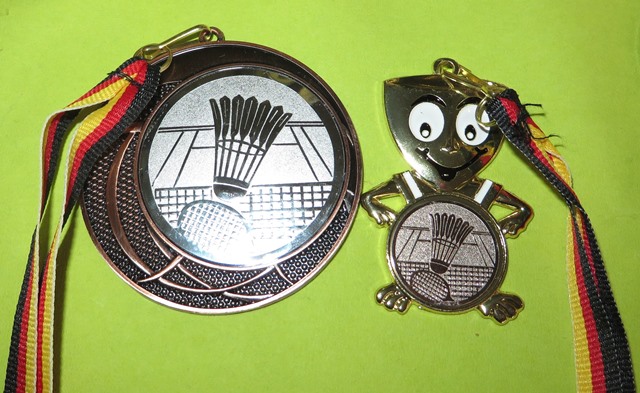 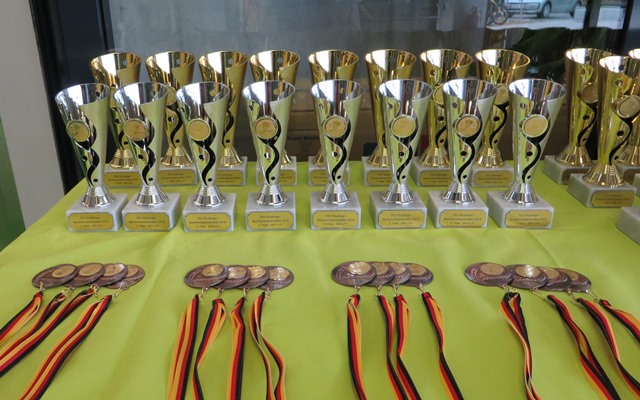 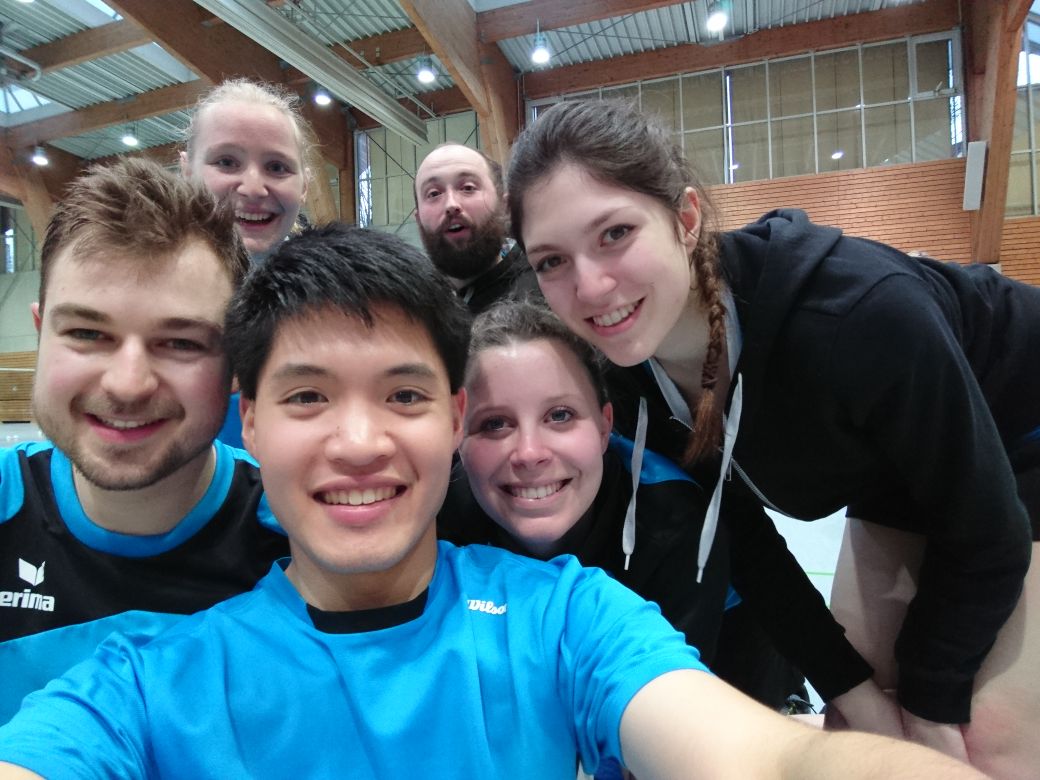