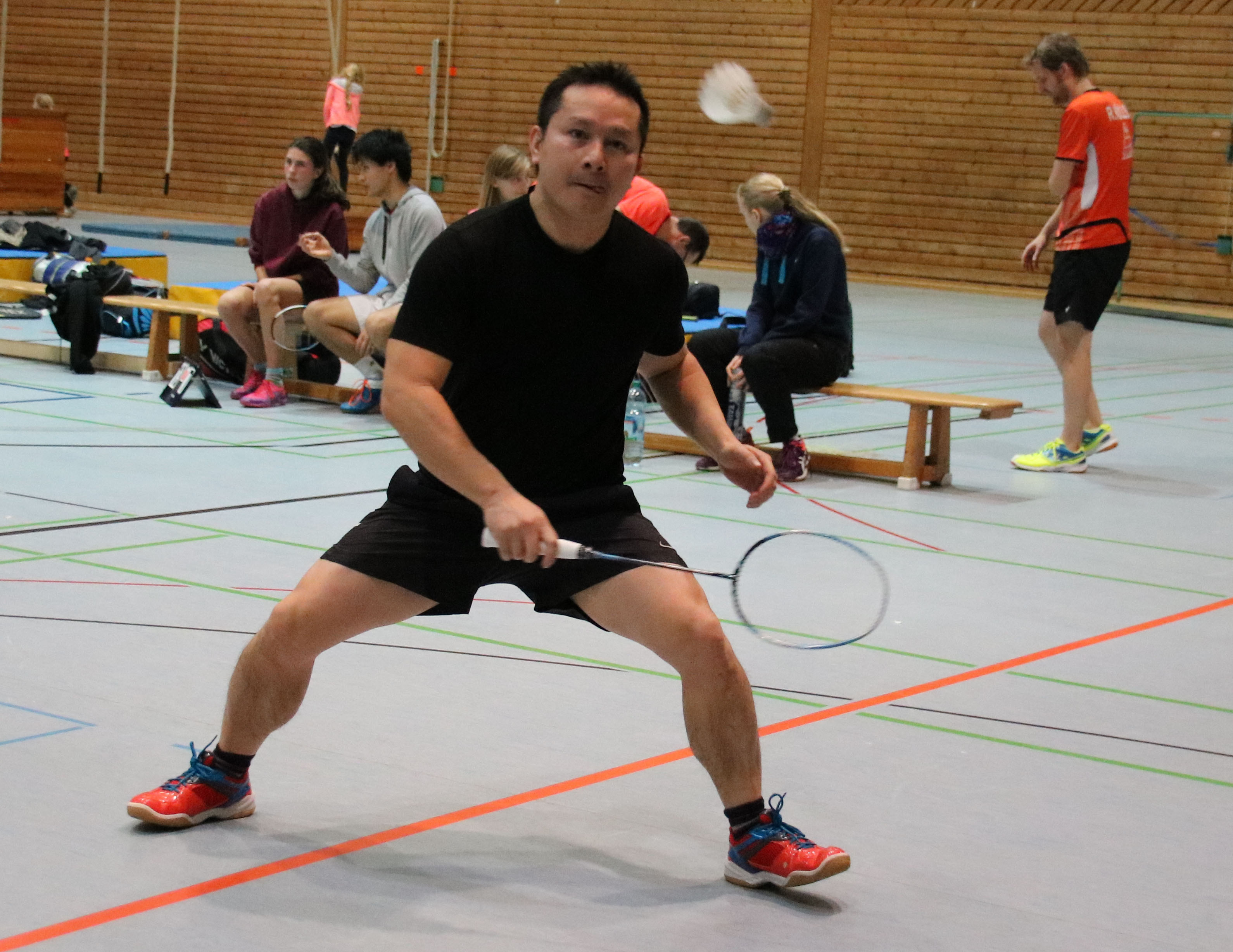 With the success of recent fixtures still fresh in the mind, the second team had a day of contrasts in their final match day of 2018. The prospect facing them: matches against opponents with the same name but at opposite ends of the table: Herrenberg III – a team struggling to stay in the league and Herrenberg II – our main rivals for promotion to the Landesliga. In some sense, the starter before the main course.

Unfortunately, the opposition from Herrenberg III was not able to field a full team in the opening match. With fewer than the required number of players in the team, they had to forfeit the match, handing PSV II a useful but unsatisfying 8-0 victory. In the interests of fair play - and also getting some useful court time - the first mens doubles, mixed and the singles matches were still played out.
Cherry and Benny comfortably took their doubles match in two sets, whilst Dave and Simone had aslightly harder time achieving the same result in the mixed. The singles were relatively comfortable for the home side; all won in two straight sets.

So, onto the main event. This was a highly anticipated game for both teams who have fairly comfortable in the Bezerksliga so far. Could this be the day Herrenberg II would be toppled?
Dave and Robert started in the second mens doubles. Luckily, this relatively new pairing was able to maintain their form from previous match days and took the opening point in two competitive sets. First blood to PSV II. Unfortunately, Benni and Cherry had a tougher time in the first mens doubles. With long, exhausting rallies taking their toll after a long break from training, the pair could not hold off a strong doubles pair and fell in two sets. Next up were the ladies. The first couple of sets were shared between the two pairs and, despite an excellent comeback in the third, Katha and Simone were just pipped to the post, falling 21-19 in an excruciating end to a very close match.
Overall, the singles matches were a mixed affair. Katha was relatively untroubled by her opponent, picking up PSV II’s second point of the day. In yet another close match, Robert made sure the three
setter this time fell our way; fighting off a tricky opponent to earn an additional crucial point. Unfortunately, there would be no such luck in the other matches. Herrenberg fielded strong opponents in both the other mens events to take the overall lead at 4-3.
Finally, knowing it would be a crucial match, Dave and Simone had to face a pair who were undefeated in the Bezirksliga this season. In a contest of high emotion, they managed to hold their nerve and pull out an extremely satisfying victory to level the match overall at 4-4.

Whilst PSV II were not able to secure the win, there is everything to play for in the second half of the season, with main rivals Herrenberg II just a single point ahead at the top of the table. The pressure will be on after Christmas to stay close to the table leaders and attempt to topple them again in the return fixture. In the meantime, the team can enjoy a well-earned Christmas break.